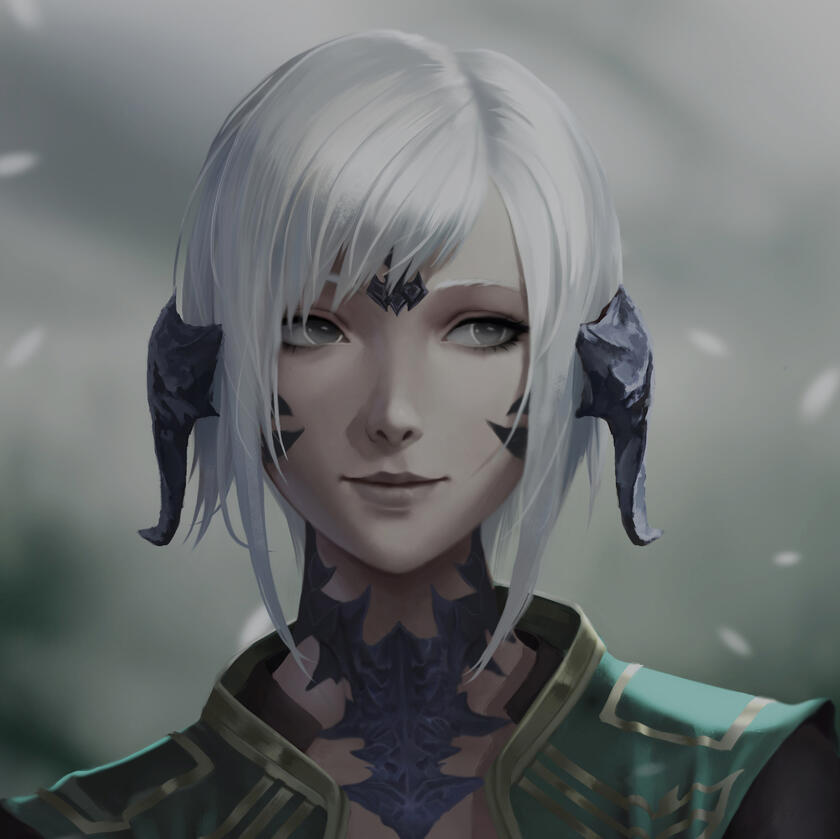 Child of Nhaama, Tamer of Beasts 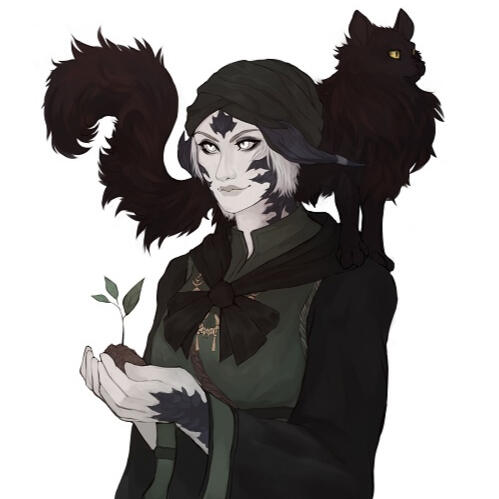 Born to a subsect of the Noykin clan, Bukha looked much different in comparison with her appearance of today. With hair and eyes as black as a moonless night she was similar to most of her clan and led a simple early childhood.

At the age of three, her hair and eyes lightened to a stark white rapidly and without warning. To those in her clan, such a rapid change in color was unnatural. The Udgan, having been a successful prophetess, came to the conclusion that the child must be a bad omen from Nhaama and that she must leave to protect the tribe. Her devoted, zealot mother would not go against the wishes of the Udgan and so Bukha was cast out to fend for herself at ten years old.

Bukha found solace in the animals that came to her. She had a uniquely calming presence that most creatures were drawn to and for most of her life they were her only friends. Most tribes she encountered as she wandered shared their food and allowed her to stay for a short time, but she was never truly welcome among them or integrated into the community and she was left to conclude that they too viewed her as a bad omen.

With time Bukha learned to survive on her own living off the land and sleeping under the stars. It wasn’t until the past few years that her yearning for a family awoke once more and she sought to find a new tribe, one that would see her values and love her for who she was and not what she was rumored to be.

She has found a home among the Nuur Khuudas tribe where she cares for the flock and other beasts. She has come to be a valued member and goes above and beyond to please her pseudo-family. 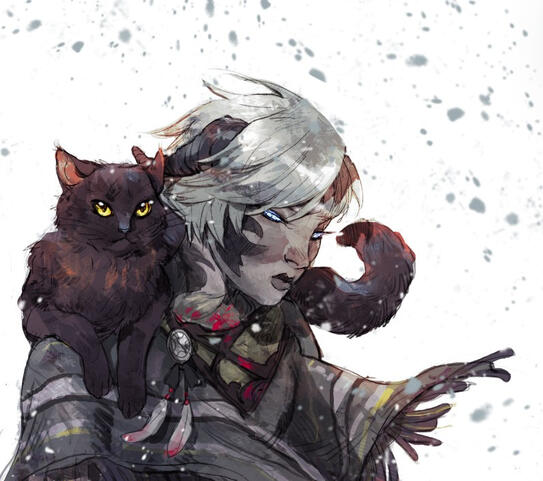 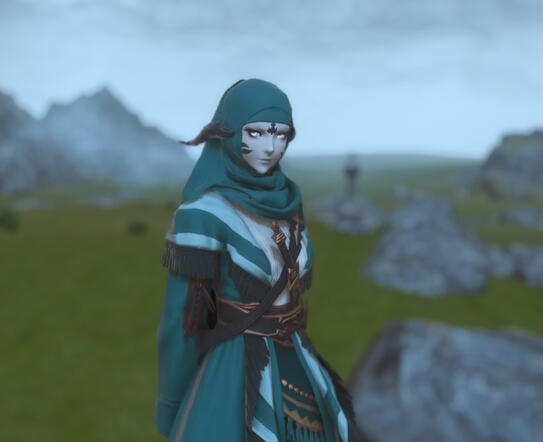 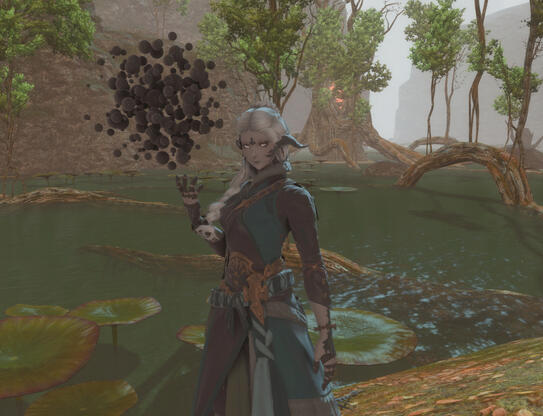 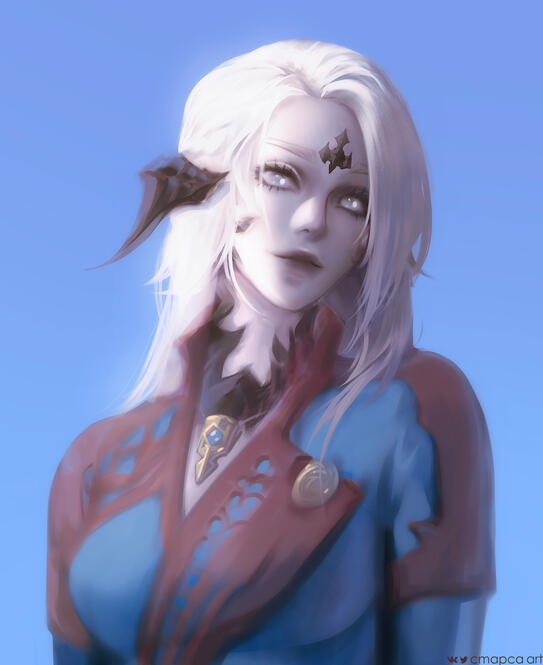 Due to her status as an outcast and for fear of recognition, Bukha often has a head covering of some type when not in the company of others or in the safety of her home territory.

Bukha is rarely seen without the company of her black cat, Bai. 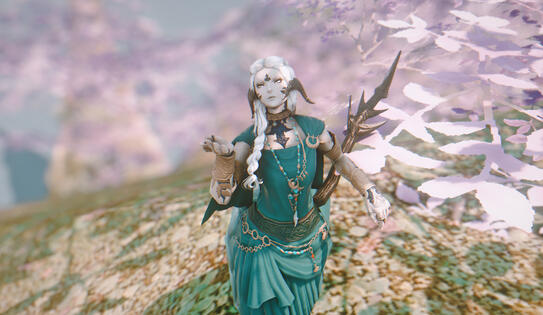 Bukha has always had a abnormal ability to read and manipulate another being's emotional state and feelings since she was a child. This ability's primary use is for the taming of creatures great and small though, with difficulty, it may be used on more emotionally complex beings such as sentient creatures and people. The ability cannot be used without direct contact and is not foolproof. Those of stronger will cannot be read or controlled. On principle, she does not attempt to read or manipulate sentient beings without permission to do so.

Like all abilities, there are drawbacks. The connection made is a two way street. In times that the Noykin is distressed or not in control of her own feelings, these can be conveyed to those she touches, giving others insight into the inner reaches of her mental state.

Bukha has recently made a connection with her earthly aether of which she is aspected. She may sprout seeds with effort and aid in the growing of plants unconsciously. This use of aether is excessively draining and she has not yet learned how to adjust to it. Due to this, she is more tired and hungry than is usual.

As a player, I have well over 15 years of RP experience under my belt in a variety of media. I'm very open to plotting in any format!

If you’re interested, send me a message via Discord @ Hufflepug#5984. I aim to be on FFXIV at least 3-4 days a week and on weekends. I will also participate in DC RP. Timezone is CST and I can be found in game typically around 7pm CST.